The Case of Lead Masks 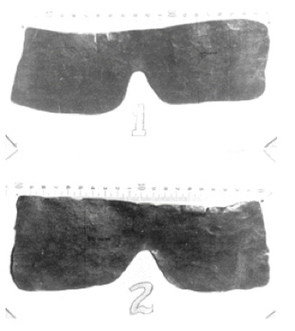 The Lead Masks Case refers to the discovery of the bodies of two electronic technicians in Brazil in 1966. The bodies were found in a field wearing impermeable coats and lead masks (usually used to protect against radiation – pictured below).

Even stranger was the discovery of a small notebook beside the bodies with signs and numbers, and a letter in which was written: “16:30 be at the agreed place. 18:30 swallow capsules, after effect protect metals wait for the mask sign”. A waitress who was the last to see them alive said that one of them looked very nervous and kept glancing at his watch. There were no obvious injuries on the bodies. Gracinda Barbosa Cortino de Souza and her children, who lived next to the hill where the men died, claimed that they had seen a UFO flying over the spot at the exact moment the detectives believed the two men must have died.