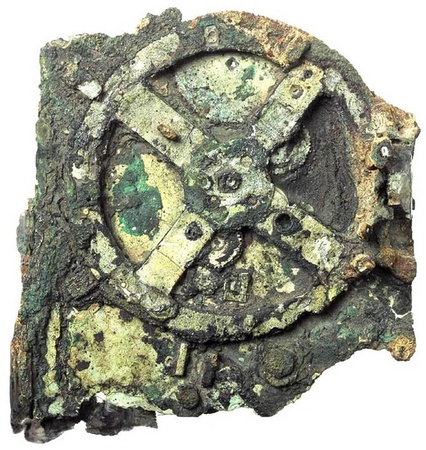 In 1901 divers working off the isle of Antikythera found the remains of a clocklike mechanism 2,000 years old. Corroded from two millennia under the sea, its dials, gears and inscribed plates present the historian with a tantalizing problem, from all that we know of science and technology in the Hellenistic Age such a device should not exist. The mechanism now appears to have been a device for calculating the motions of stars and planets, but nothing like this instrument is preserved elsewhere.